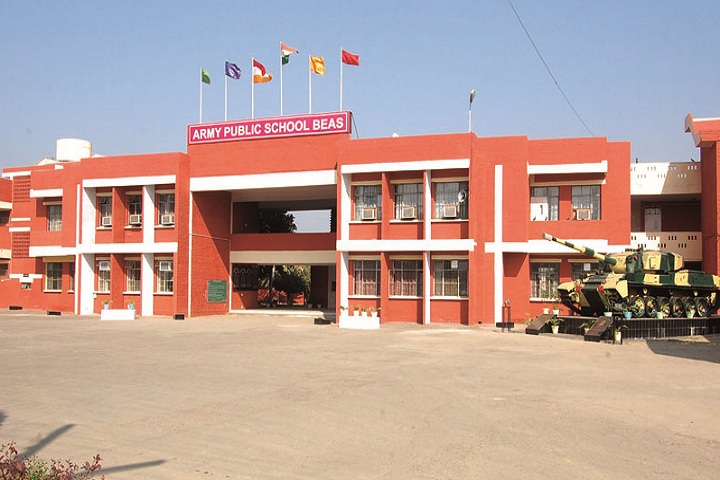 Army Public School is alternatively also known as APS-Beas. The school was established in 1993. Army Public School is a Co-ed school affiliated to Central Board of Secondary Education (CBSE). It is managed by Army Welfare Education Society.
Army Public School Beas is the brain child of late Gen BC Joshi, PVSM, AVSM, ADC, the then Chief of the Army Staff. The foundation stone was laid on 06 NOV 93 by Gen BC Joshi. Finally, on 10 July 95, the school was inaugurated by Lt Gen HB Kala , PVSM, AVSM , SC, the then GOC 11 Corps and exactly after a year, in July 1996, an adhoc hostel was made functional.